Unconventional Economic Wisdom: The US is at risk of losing a trade war with China 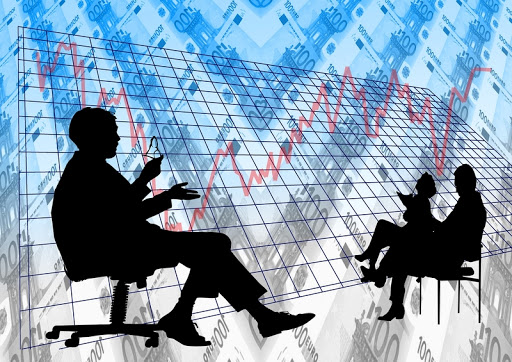 What was at first a trade skirmish - with US President Donald Trump imposing tariffs on steel and aluminium - appears to be quickly morphing into a full-scale trade war with China. If the truce agreed by Europe and the US holds, the US will be doing battle mainly with China rather than the world (of course, the trade conflict with Canada and Mexico will continue to simmer, given the US demands that neither country can or should accept).

Beyond the true, but by now platitudinous, assertion that everyone will lose, what can we say about the possible outcomes of Trump's trade war? First, macroeconomics always prevails: if the US' domestic investment continues to exceed its savings, it will have to import capital and have a large trade deficit. Worse, because of the tax cuts enacted at the end of last year, the US fiscal deficit is reaching new records - recently projected to exceed US$1 trillion by 2020 - which means that the trade deficit almost surely will increase, whatever the outcome of the trade war. The only way that won't happen is if Trump leads the US into a recession, with incomes declining so much that investment and imports plummet.

The "best" outcome of Trump's narrow focus on the trade deficit with China would be improvement in the bilateral balance, matched by an increase of an equal amount in the deficit with some other country (or countries). The US might sell more natural gas to China and buy fewer washing machines, but it will sell less natural gas to other countries and buy washing machines or something else from Thailand or another country that has avoided the irascible Trump's wrath. But, because the US interfered with the market, it will be paying more for its imports and getting less for its exports than otherwise would have been the case. In short, the best outcome means that the US will be worse off than it is today.

The US has a problem, but it's not with China. It's at home - America has been saving too little. Trump, like so many of his compatriots, is immensely shortsighted. If he had a whit of understanding of economics and a long-term vision, he would have done what he could to increase national savings. That would have reduced the multilateral trade deficit.

There are obvious quick fixes: China could buy more American oil and then sell it on to others. This would not make an iota of difference, beyond perhaps a slight increase in transaction costs. But Trump could trumpet that he had eliminated the bilateral trade deficit.

In fact, significantly reducing the bilateral trade deficit in a meaningful way will prove difficult. As demand for Chinese goods decreases, the renminbi's exchange rate will weaken, even without any government intervention. This will partly offset the effect of US tariffs. At the same time, it will increase China's competitiveness with other countries - and this will be true even if China doesn't use other instruments in its possession like wage and price controls, or push strongly for productivity increases. China's overall trade balance, like that of the US, is determined by its macroeconomics.

If China intervenes more actively and retaliates more aggressively, the change in the US-China trade balance could be even smaller. The relative pain each will inflict on the other is difficult to ascertain. China has more control of its economy, and has wanted to shift toward a growth model based on domestic demand rather than investment and exports. The US is simply helping China do what it has already been trying to do. On the other hand, US actions come at a time when China is trying to manage excess leverage and excess capacity. At least in some sectors, the US will make these tasks all the more difficult.

This much is clear: if Trump's objective is to stop China from pursuing its "Made in China 2025" policy - adopted in 2015 to further its 40-year goal of narrowing the income gap between China and the advanced countries - he will almost surely fail. On the contrary, Trump's actions will only strengthen Chinese leaders' resolve to boost innovation and achieve technological supremacy as they realise that they can't rely on others, and that the US is actively hostile.

If a country enters a war, trade or otherwise, it should be sure that good generals - with clearly defined objectives, a viable strategy and popular support - are in charge. It is here that the differences between China and the US appear so great. No country could have a more unqualified economic team than Trump's, and a majority of Americans are not behind the trade war.

Public support will wane even further as Americans realise that they lose doubly from this war. Jobs will disappear, not only because of China's retaliatory measures, but also because US tariffs increase the price of US exports and make them less competitive, while the prices of the goods they buy will rise. This may force the dollar's exchange rate to fall, increasing inflation in the US even more, giving rise to still more opposition. The Fed is likely then to raise interest rates, leading to weaker investment and growth and more unemployment.

Trump has shown how he responds when his lies are exposed or his policies are failing - he doubles down. China has repeatedly offered face-saving ways for Trump to leave the battlefield and declare victory. But he refuses to take them up. Perhaps hope can be found in three of his other traits: his focus on appearance over substance, his unpredictability and his love of "big man" politics. Perhaps in a grand meeting with President Xi Jinping, he can declare the problem solved, with some minor adjustments of tariffs here and there, and some new gesture toward market opening that China had already planned to announce, and everyone can go home happy.

In this scenario, Trump will have "solved", imperfectly, a problem that he created. But the world following his foolish trade war will still be different: more uncertain, less confident in the international rule of law, and with harder borders. Trump has changed the world, permanently, for the worse. Even with the best possible outcomes, the only winner is Trump - with his outsized ego pumped up just a little more.